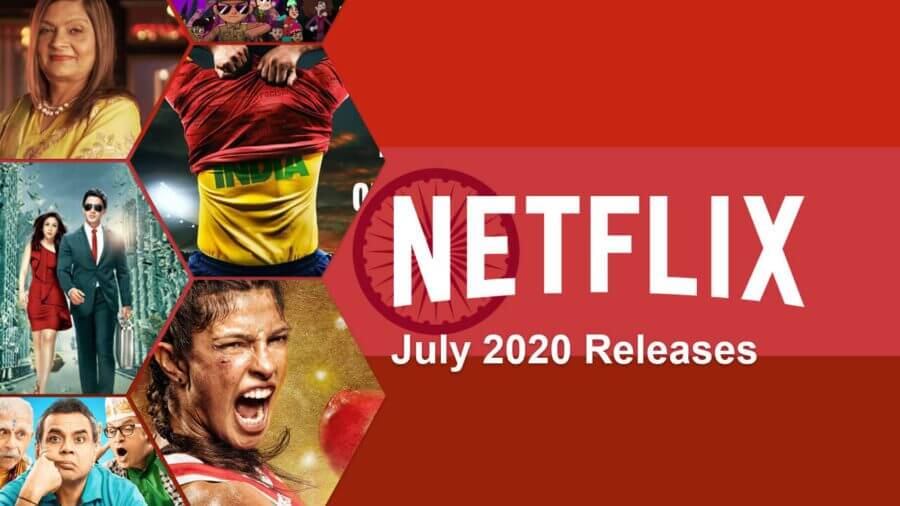 The big news this month is that more than two dozen titles from production house Viacom 18 returned after having left Netflix earlier this year. In addition, Netflix debuted the Original film Raat Akeli Hai — starring indie faves Nawazuddin Siddiqui and Radhika Apte — and the Original reality dating series Indian Matchmaking, which is already generating memes galore. Here are all of the new Indian movies and TV series added to Netflix in July 2020.

Bollywood debutant Lukram Smil plays a gifted soccer player from India’s Northeast who is subjected to racism on and off the field in Penalty. The impressive supporting cast includes Kay Kay Menon as the team’s coach and Shashank Arora and Manjot Singh as advocates for the young player’s spot on the pitch.

A woman with a wild imagination and a passion for Bollywood films falls for a hunk who smells really, really good. Aiyyaa is colorful vehicle for star Rani Mukerji’s undeniable charisma.

How can you tell that Amitabh Bachchan is a Bollywood legend? He could still play a convincing action hero even into his late 60s, as he does in 2011’s Bbuddha Hoga Terra Baap. Bachchan plays Vijju, a flamboyantly dressed assassin hired by the mob to take out a diligent police chief. Woe unto those who dare call Vijju an “old man.”

When a small town wedding videographer falls in love with a woman out of his league, he considers taking a morally questionable shortcut to financial success in order to impress her.

Hard-working Kunal moves to Cape Town for his dream job, only to discover that his boss is smuggling diamonds illegally. Kunal wants out, but will his boss let him leave alive?

Boss is haphazard mashup of an action comedy and a revenge thriller. A disappointed father calls on his estranged criminal son for help when the father’s law-abiding other son runs afoul of a crooked cop. Clever comedic sequences jump abruptly to scenes of gruesome violence, keeping this Akshay Kumar flick from ever coalescing into something that makes sense.

Budia Singh: Born to Run is based on the life of child marathon runner Budia Singh and his coach Biranchi Das. The film largely sidesteps the real-life criticism Das faced for the potential negative health consequences of training a five-year-old to run marathons.

A bookish guy falls for the new girl in town, not knowing that his two crude buddies have already flirted with her and struck out. Chashme Baddoor — a reboot of 1981’s Chashme Buddoor — is a cute comedy about the way romance can interfere with friendships.

A Hindu man named Dharampal discovers that he was adopted from a Muslim family as a child. In order to protect his biological father’s fragile health, Dharampal must learn to convincingly pass as a Muslim before he can meet his long-lost dad. This comedy about overcoming religious prejudice is an official remake of the 2010 British film The Infidel.

A movie buff (Ajay Devgn) puts the lessons he’s learned from his favorite crime thrillers to the test when his teenage daughter is threatened by the son of the merciless police Inspector General (Tabu). The Hindi version of Drishyam is a remake of the 2013 Malayalam film of the same name.

A cool physics professor inspires his students to become murderous vigilantes in order to root out government corruption — and the public loves him for it! Gabbar Is Back is a mess, with a twisted sense of morality and too many useless characters.

Two dim-witted brothers who accidentally wind up involved in a terrorist’s plot need to find someplace to ditch a bomb so that no one gets hurt. Gollu Aur Pappu hit theaters in 2014 with no promotions. The director and actors learned about its release in the newspaper.

The inciting incident in Inkaar is a clear-cut case of workplace sexual harassment, but the film tries to turn it into a “he said, she said” conflict that paints the male perpetrator as the real victim of his junior co-worker’s ambitions. The movie further conveys a message that women in the workplace should be grateful that they are only being sexually harassed because what the men in their office really want to do is to hit them. It’s vile.

John Abraham produces and stars in Madras Cafe, playing an Indian operative with post-traumatic stress disorder who struggles with his inability to save more lives during the Sri Lankan civil war. The movie is very effective at depicting the horrors of war.

Olympic bronze medalist Mary Kom’s titular biopic stars Priyanka Chopra as the Indian boxing legend. The movie’s climactic fight scene — in which a crisis in Kom’s personal life intersects with a critical point in her boxing career — makes this drama a worthwhile watch.

Before Ribhu Dasgupta directed the Netflix Original crime series Bard of Blood, he wrote and directed the psychological thriller Michael. In it, Naseeruddin Shah plays a former police officer who unintentionally shot and killed a 12-year-old boy at a peaceful protest, only to be tormented by fears that his own young son will be murdered in retaliation.

A young woman from Mumbai and a guy from Delhi overcome their regional differences while searching for her lost phone. Writer-director Satish Rajwade adapted Mumbai Delhi Mumbai from his own Marathi hit film: 2010’s Mumbai-Pune-Mumbai.

When an earthquake destroys Kanji’s shop and his insurance company refuses to pay under the “Acts of God” clause in his contract, Kanji takes God to court. Oh My God (aka “OMG“) is a funny, high-concept satire that takes aim at religious leaders who get rich on donations.

Screenwriter Devika Bhagat takes her first turn in the director’s chair for the romantic comedy One By Two (which she wrote, naturally). Singletons Amit and Samara have miserable love lives, but they’d be perfect for each other. How long will fate keep these two strangers apart?

Players is an official remake of the 2003 version of The Italian Job, and the plot tracks closely to its source material. Abhishek Bachchan plays the leader of a team of thieves trying to steal some Russian gold bound for Romania. The action sequences are fun, and the story moves along at a good clip.

Pyaar Ka Punchnama 2 is a hateful romantic comedy about three bros and their nagging girlfriends. The woman are all sexist caricatures, and the men their blameless, helpless victims.

A jilted bride from a small town in India decides to take her honeymoon to Paris and Amsterdam by herself. This fish-out-of-water story is hilarious, heartwarming, and sweet. It was a surprise box office hit when it released in theaters in 2014.

A group of wild friends in Mumbai cause a fatal car accident. The inspecting officer demands a bribe, leading the pals to concoct a fake kidnapping scheme that makes things even more dangerous, straining their friendships.

The plot of Special 26 — also known as “Special Chabbis” — is based on a real-life heist from 1987. A group of crooks pose as officers from the Central Bureau of Investigation (CBI) to raid the homes of corrupt politicians for ill-gotten loot. But the real CBI closes in on the crew as they plan their most audacious raid yet. Will they pull it off, or will they get caught in the act?

The commercially successful Hindi romcom Tanu Weds Manu — about the complicated courtship between a feisty Indian woman and her mild-mannered British beau — spawned a sequel as well as a Telugu remake.

Grumpy Sudha Mishra asks her niece’s fiancé Sumit to take care of her house while she’s away for a month. It’s the perfect way for Sumit to endear himself to the family. All he has to do is feed Sudha’s beloved pet fish and water her houseplants. What could go wrong?

The heroic kid cop Little Singham investigates a haunted house to find a ghost that may be abducting townsfolk in this movie spin-off of the animated series.

In the 30 years since his mother Darshan fell into a coma, Sunil has graduated high school, gotten married, and fathered children of his own. When Darshan suddenly wakes, Sunil’s family tries to protect her fragile recovery by pretending it’s still the late 1980s. Door Ke Darshan released theatrically in February as Doordarshan, before a lawsuit forced it to changed its title.

Every year, thousands of impoverished Indian farmers die by suicide. Project Marathwada follows one poor farmer on a quest for justice after his son’s death by suicide and the four student filmmakers who join the fight alongside him.

A humiliated photographer’s quest for revenge takes an unexpected turn when he falls in love with a pretty woman in the quirky comedy Uma Maheswara Ugra Roopasya (UMUR for short), a remake of the award-winning Malayalam film Maheshinte Prathikaaram. UMUR was supposed to release in theaters in April but opted to debut on Netflix instead.

After serving as casting director for dozens of excellent Hindi films, Honey Trehan directs his first feature for Netflix. Not surprisingly, Raat Akeli Hai has its own stellar cast, with Nawazuddin Siddiqui in the lead as a police officer who gets too involved while investigating the murder of a wealthy man. Netflix darling Radhika Apte co-stars as the dead man’s mysterious mistress.

India’s youngest cop Little Singham is back on the beat for a second season, fighting a new crime in each 12-minute episode.

Indian Matchmaking became a huge hit on social media as soon as it premiered, providing a bingeable if problematic look into the lives of various singles trying to find “The One.” Professional matchmaker Sima Taparia tries to pair young men and women in both India and the United States with suitable partners — a challenge given the very specific demands of her clientele. (Didn’t know that Bolivia had salt flats? Then you’re not the man for Aparna.)

Which of the newly added Indian movies will you be watching? Let us know in the comments below!